Yet to be named, this is a 2D-platform shooter. The aesthetic is hyper-cute, inspired by Japanese kawaii culture. While the characters and scenery is cute, the death of enemies is gory and revolting. The main character also has an ability of opening their "third eye", which exposes the Truth of the World. The world changes from adorable to grotesque, exposing the true nature of things unseen. It's being coded in Unity2D with C#. I am partially using my own physics, colliding system, and character controller.

I imagine this type of music to be playing during certain stages of the game: 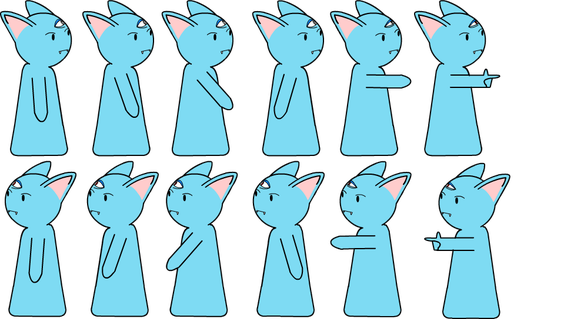 Short gameplay video demonstrating physics, colliders, shooting, double jump, obstacles, enemies, and dying. Another thing that this video expresses is a level of difficulty and frustration the player will face during difficult platforming levels.
The things I am currently working on are: enemy AI, platform design, enemy design, "Third Eye" mechanic that lets the player see "The Truth of the World", the ability to rotate the world, and a design document stating out my plans for mechanics, story line, and aesthetics.

This game is a standard dungeon crawler, where the player navigates through a dungeon to kill enemies and collect loot. The goal is to make it to the exit of the dungeon. Along the way, you find artifacts that reveal how a beautiful, flourishing castle became a dingy, dangerous dungeon filled with monsters. Every time you die, you start over as a different character with different stats- all which are randomized indicating different strengths and weaknesses. The camera view is initially top down, but once you find the special First Glasses, you can then change the camera to be first person. I wanted the graphics to be simple, which is why the player and enemies are colored cubes.  You can find items to increase your stats or give you special abilities, and potions to increase health.
Below is a short video that demonstrates some of the gameplay mechanics and abilities such as picking up items to increases stats, enemies stalking you, and fighting enemies.

But what if the character rebelled? What if the character had its own desires and will separate from the player? Think, for instance, that you are controlling a little girl in an open environment. You act and think as if the little girl is an extension of yourself that has been placed in the game world within the game’s laws. You decide to kill a guard for loot. You, the player, think this is fine since it’s just a video game, you’re within the game’s rules, and there is no reason why the character would react to the event since you are the character. But the little girl becomes confused, scared-she never wanted to hurt anyone. She just felt this terrible, irresistible urge to kill the guard. She doesn’t understand why she killed the guard and she consequently begins a personal struggle about her own morals, actions and existence. She thinks she must be going insane or something is wrong with her because she did something so horrific without reason or rhyme. In this case, the little girl’s behavior and thoughts are affected by the player because the player acted against the little girl’s morals and desires, which in turn changes the gameplay and narrative.

By having the character rebel (or in some instances be fueled by) the player, it changes the way the player views the character, game, and the actual gameplay. Not only that, but the character can no longer be an extension of the player which gives the player a unique position of controlling another entity’s life and actions. This will ultimately cause the player to have their own personal struggle because the game they had initially invested in is now rebelling against the player’s actions, and if they want to succeed in the game then they are going to have to learn about the character and who they fundamentally are as a person.

I plan to accomplish this by using some game engine such as RPGMaker, Unity3D, Unreal Engine, GameMaker, etc. to create a game that has this feature. After demonstrating this new ability, I will create tools so other developers can add desire and will to their own characters and games. The tools would be made available as a plugin, extension, add-on, or something of the sort. Depending on which game engine I choose will affect how I create the tools, what language I use, etc.