Example of what a typical scene might look like
One of my future goals that I am excited to accomplish hopefully in the near future is to create an interactive fiction game for iOS and Android. I will enhance the IF experience by adding in art, sound, music, narration, and interactive game-play in the touch environment. As far as I know, an implementation of this kind has never been done.

Just as in typical interactive fiction, the overall narrative will be told through text. However, the touch environment will provide new features that will: make the story easier to navigate through; introduce interactive game-play with the story; and immerse the player in the game.

You will also be able to tap keywords on the screen to bring up a description and any possible actions. Again, this feature can also be accessed through the command line.

A thought that I had while designing this was whether it preserved the raw imagination that interactive fiction often provokes. IF is normally text, allowing the player to interpret the words and scenes as he or she sees fit. By adding in art, music, and sound, it automatically presents the scene and atmosphere to the player, removing part of the imagination process. My concluding thought was for the art to be generic or simple enough so that the player can fill in the voids. For example, if the scene is a hallway, the background art will be a plain hallway, but the text might explain how there are dozens of portraits of dogs playing cards. This leaves some of the scene up to the player to imagine. 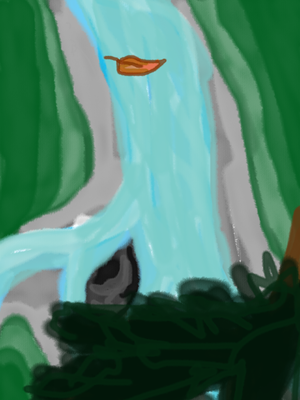 Top view of scene. Tilt to move the leaf, and
some of the path is shrouded by the tree 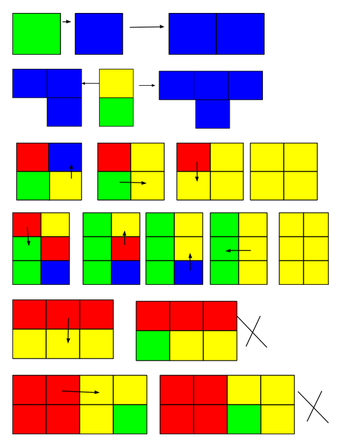 Example of possible moves and solutions

It's supposed to be a fun puzzle game to help pass the time or to be relaxing.